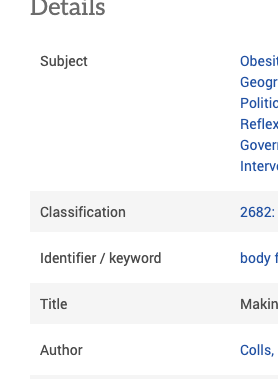 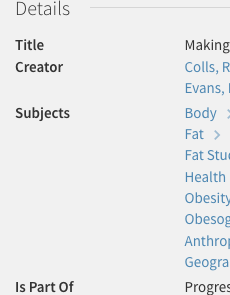 A key focus for geographical and policy work on obesity has involved interrogating the concept of an ‘obesogenic environment’ – an environment with particular physical, social and economic characteristics considered to contribute towards the propensity of bodies to be or to become obese/fat. Alongside this, Critical Geographies of Obesity/Fatness challenge the classification of fat bodies as diseased and in need of intervention by drawing attention to the politics surrounding the governance of fatness and the multiple experiences of body size. In this article, we place these strands of geographical work alongside each other in order to develop Critical Geographies of Obesogenic Environments. In so doing, we not only set out the main tenets of work in geography on obesity/fatness but also raise specific questions about how bodies, environments and body-environment interactions have been conceptualized and researched. We do so in order to develop and present three research trajectories for Critical Geographies of Obesogenic Environments which will allow geographical research to engage within obesity/fatness more carefully, reflexively and critically. Specifically, this involves: redefining obesogenic environments not as environments that make bodies fat, but as environments that make fat bodies problematic; engaging sensitively with the multiplicities of fat embodied experience; and considering alternative theoretical frameworks in order to avoid the pitfalls of environmental determinism.

Find a partner (or two!) with a different colored poker chip. Take 5 minutes to look at your assigned article records (left) and discuss the similarities and differences between the records, paying special attention to the descriptive terminology attached to each record (may be referred to as: keywords, subjects, classification, identifier).